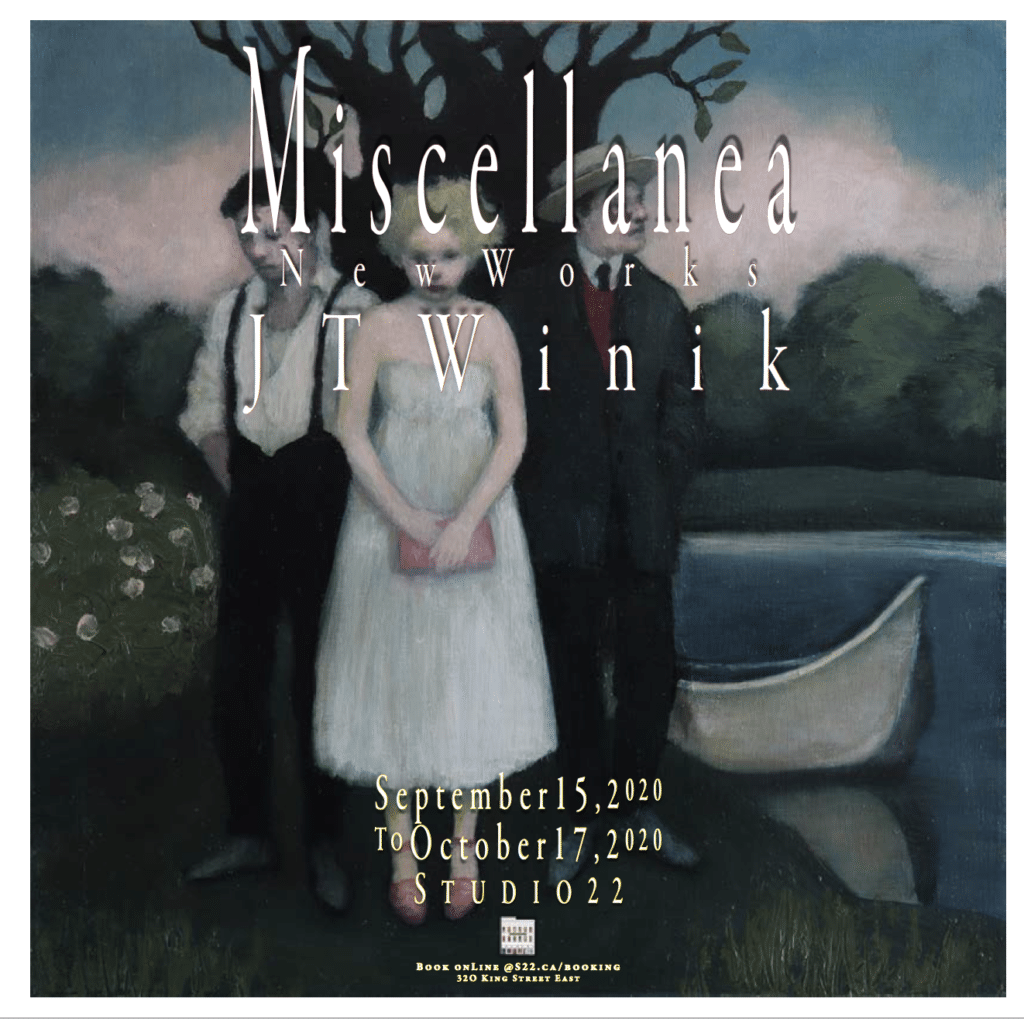 Overall, Miscellanea is playful but sometimes dark, humorous but sometimes sad, and occasionally mysterious for no good reason at all. As always, it’s the audience who tells the stories. 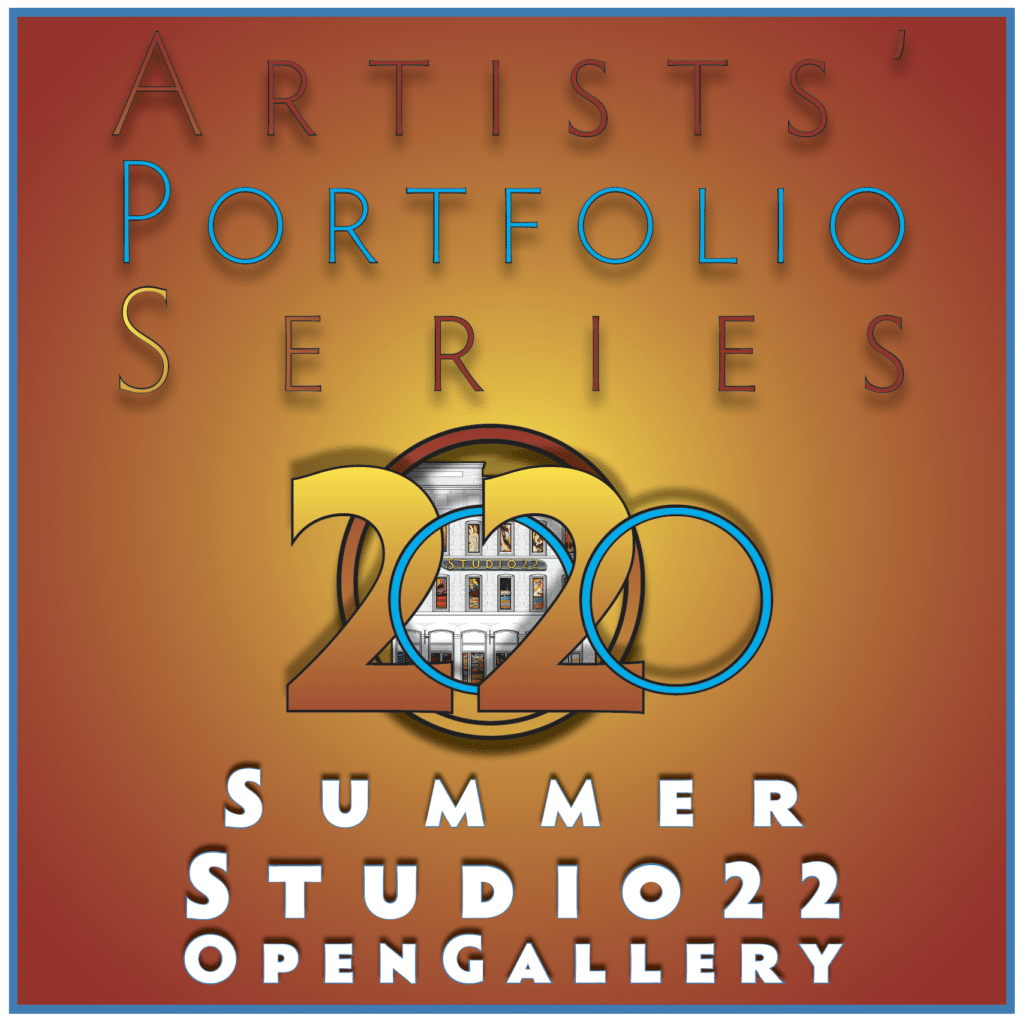 A summer display of the newest work by our artists. 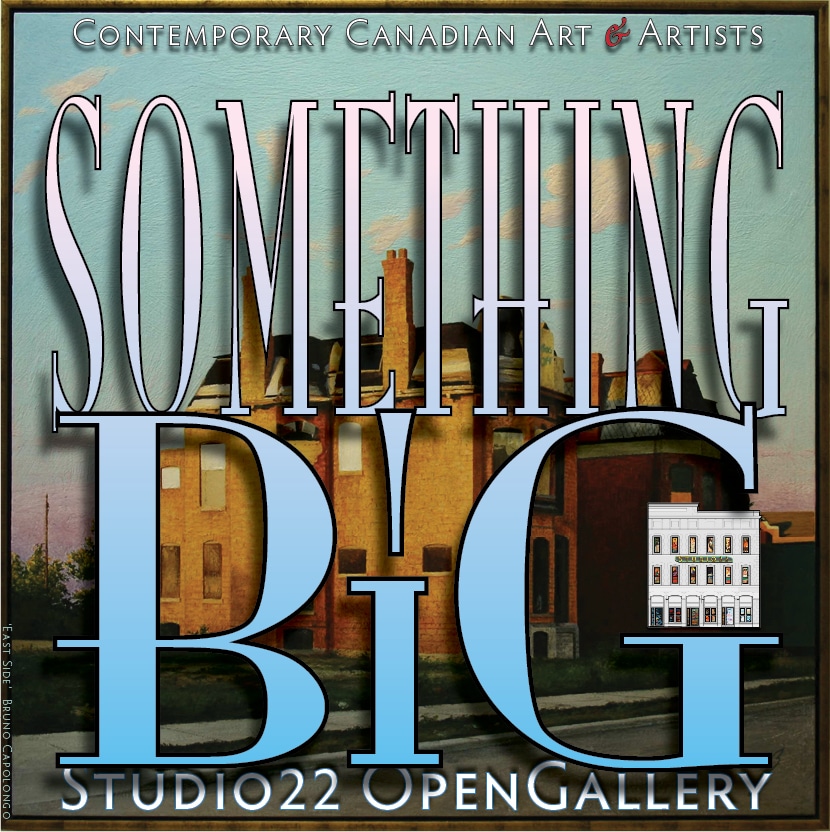 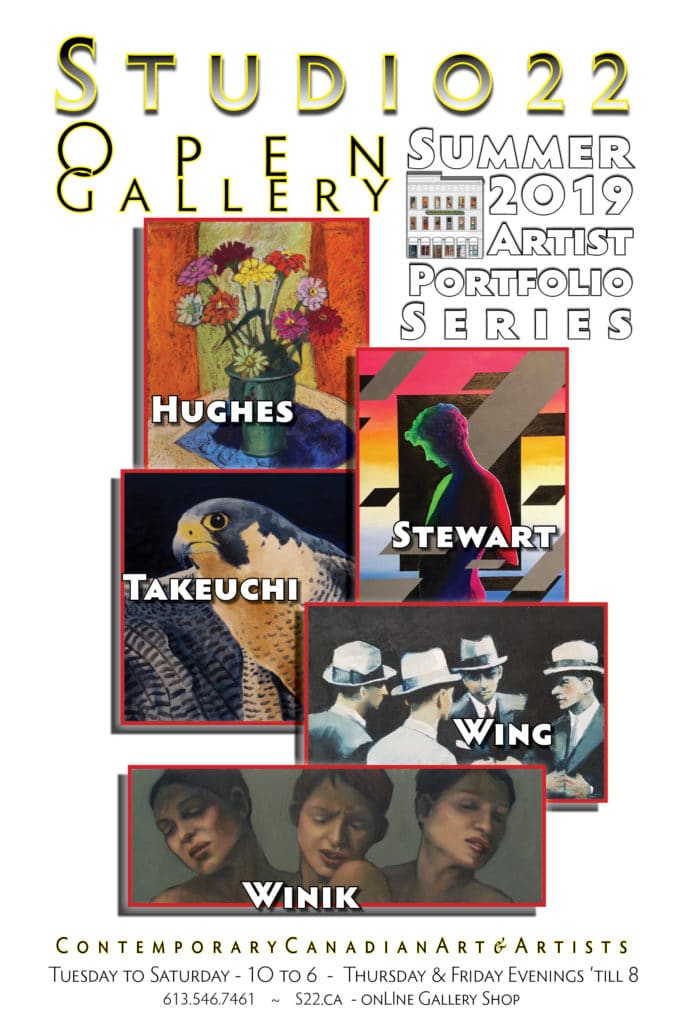 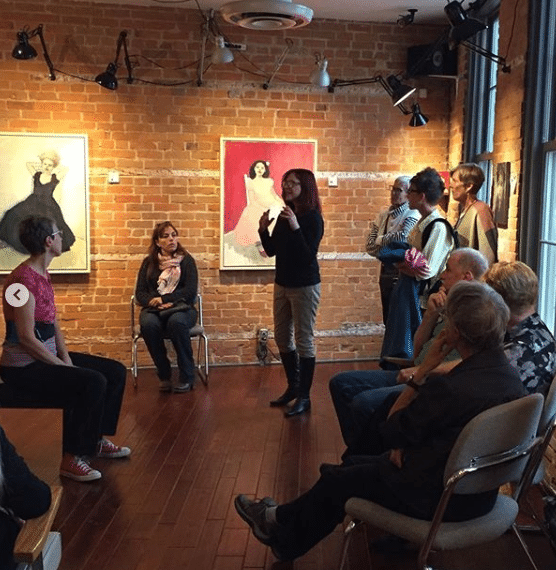 On Thursday, September 27, 2018, over 30 guests visited to Studio22 and participated in an intimate discussion with artist J.T. Winik. 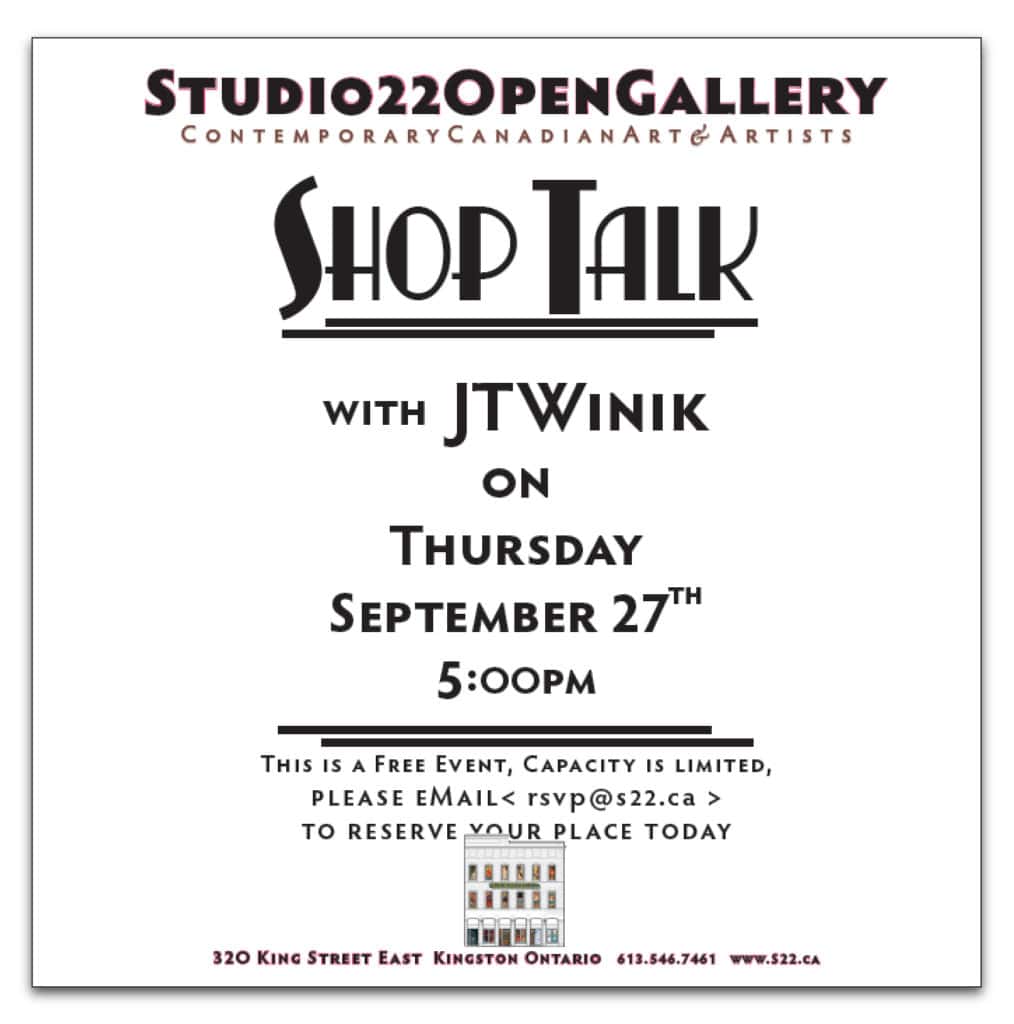 “Art making is intuitive and interactive. Bits and pieces attract each other like magnets and, in the end, the marriage of these elements opens a world that is familiar.” 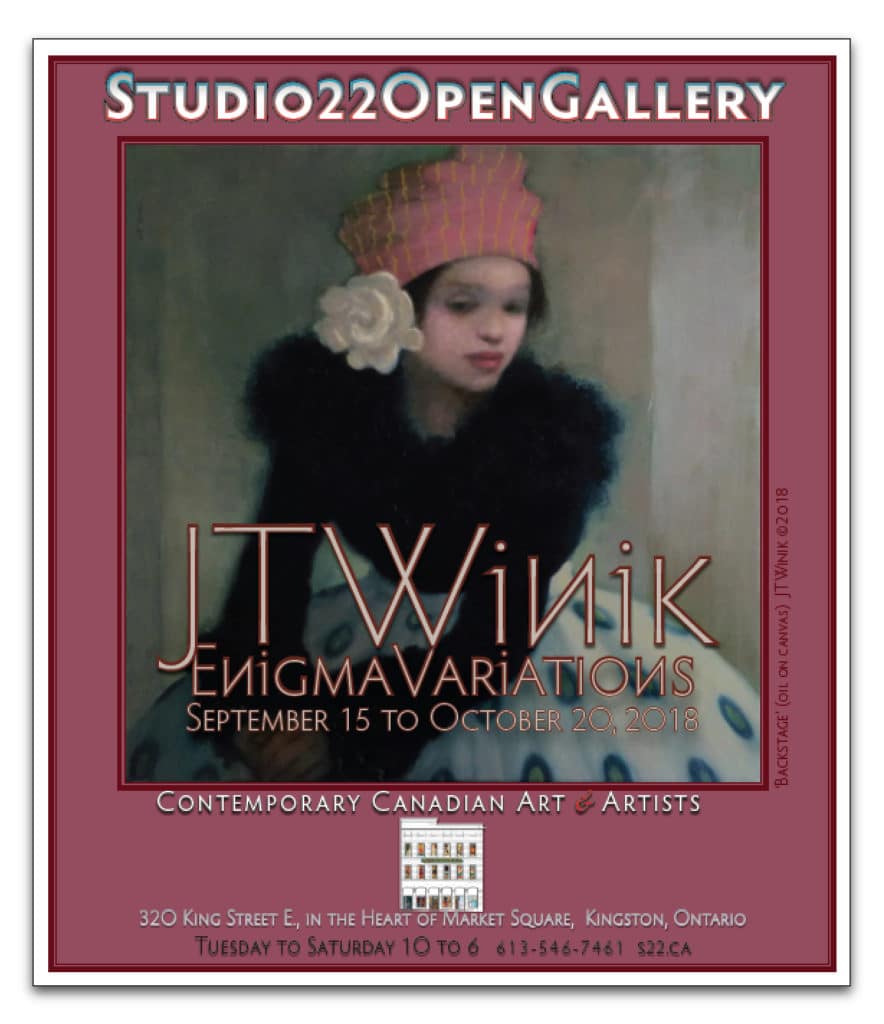 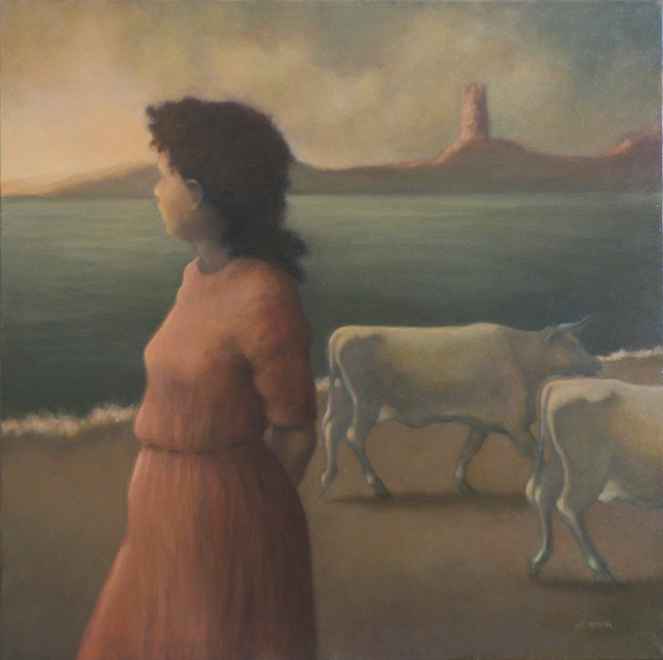 Kinston based painter JT Winik seeks to capture the fine balance that binds opposites. A keen observer, her paintings merge beauty and awkwardness, freedom and control, fragility and strength, often evoking a strong emotional sense of discomfort in their portrayal of beauty. Highly regarded, her paintings are shown in Canada and Europe, and featured in magazines, books and book covers, internationally.